What’s not to love about chicken soup? Homemade chicken soup that is, not out of a can. It’s light, satisfying, heart warming and a remedy for colds and flu. If you’re home over the weekend, think about making homemade soup. It’s so simple. Gather the ingredients for the broth. I used a whole chicken, carrots, celery, onion, parsnips, parsley, and a bay leaf. Once you start cooking the broth, you’re free to go do other things on your “to do” list. Check the broth once in awhile because you’ll want to skim away any surface foam that forms on the top. After about 2 hours, the broth should be ready to become soup! 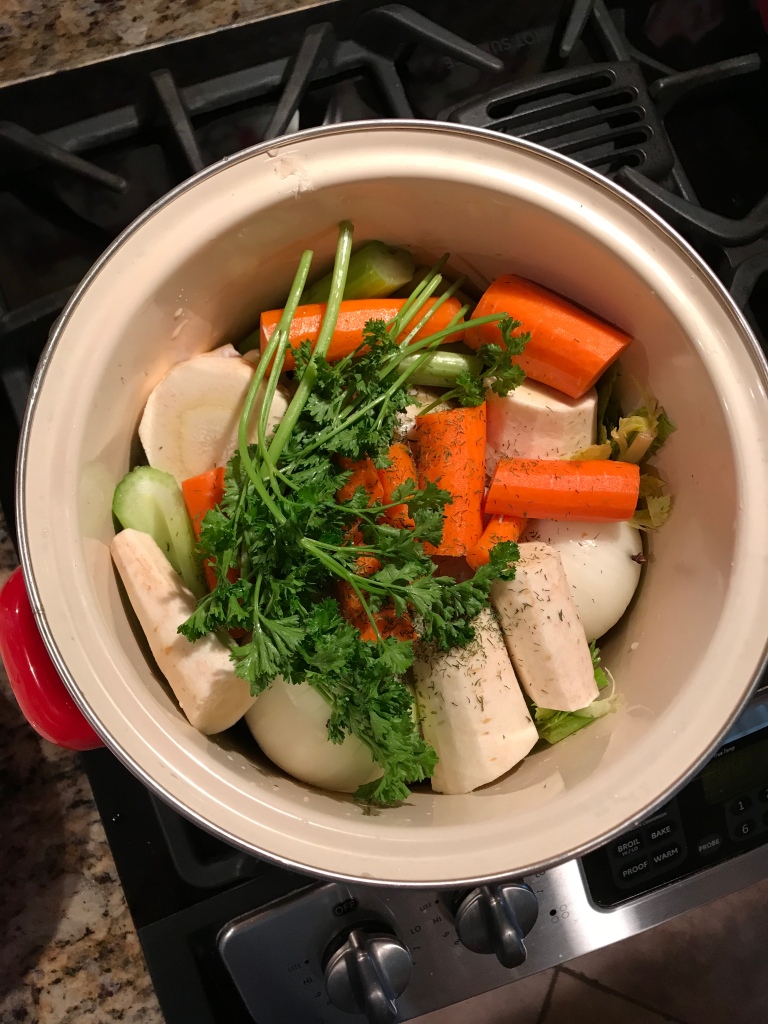 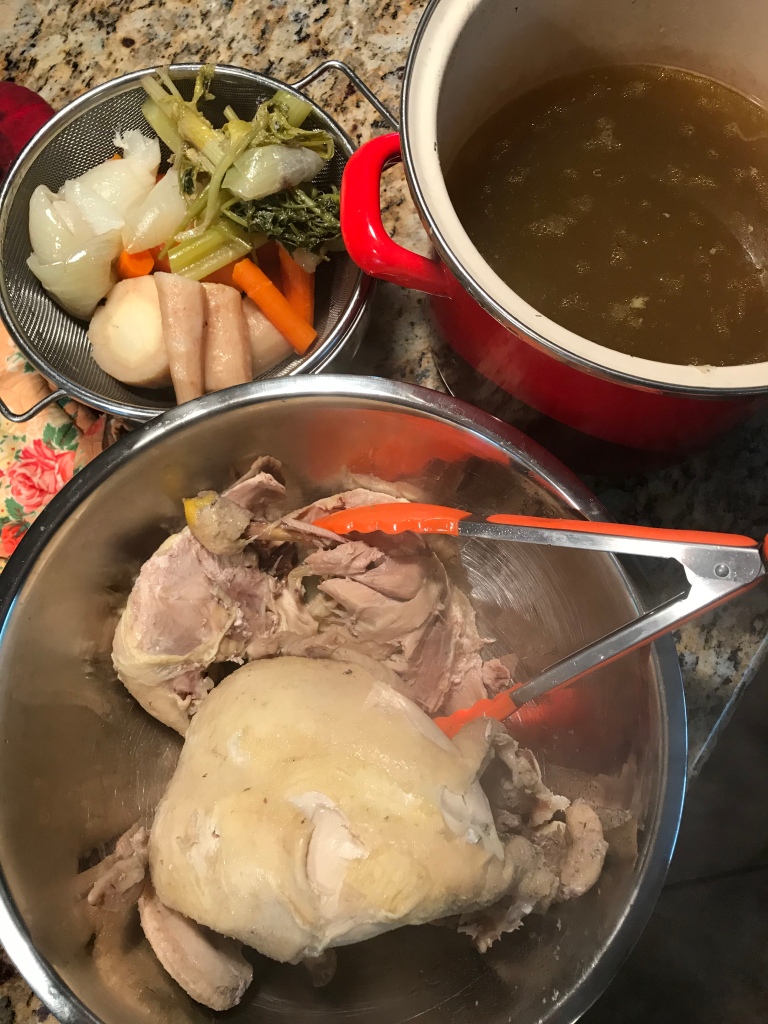 1 large onion, cut in half

6 sprigs each of fresh dill and parsley

This site uses Akismet to reduce spam. Learn how your comment data is processed.